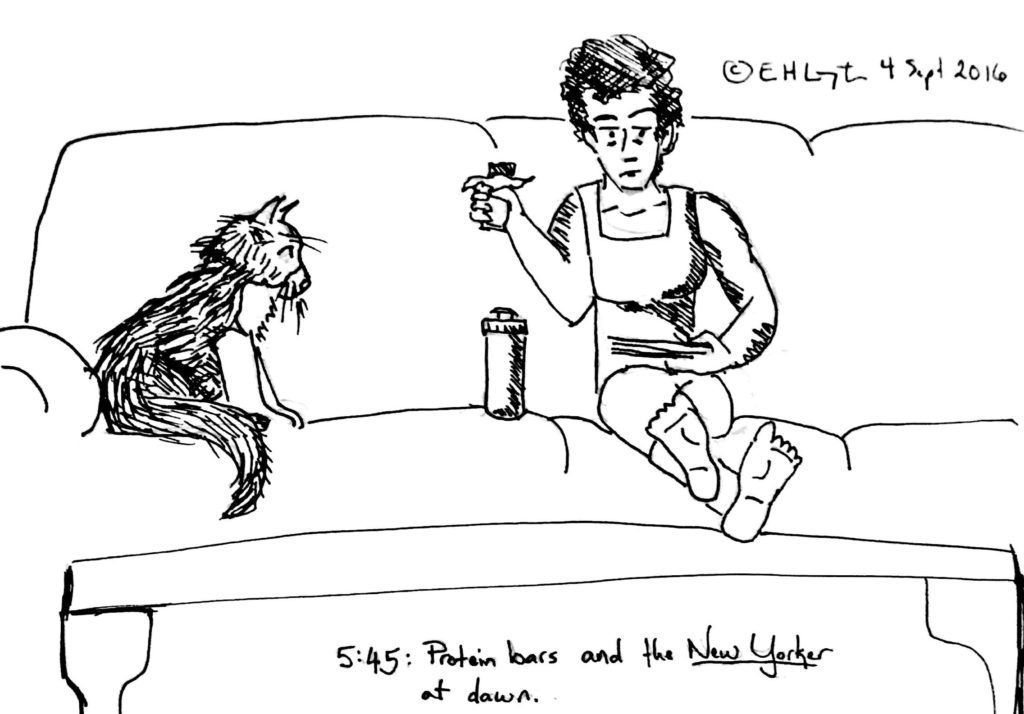 This comic panel is the result of me 1) drawing a seven-panel comic about a race, 2) inking the first four, and then 3) deciding they were lame and this was the only salvageable one. I’ve actually done a bunch of comics lately, then discarded them because not funny. Maybe because the looming election is taking up such a large place in my thoughts. We’ll see how soon I can get my act together.

Here are all the races I’ve done since August, in brief:

With the exception of my exciting finish at the Fall 15k, I haven’t been placing well (and annoyingly, the Fall 15k only did prizes for the top person in each AG rather than top 3). But my times have been good and my races have felt fairly strong.