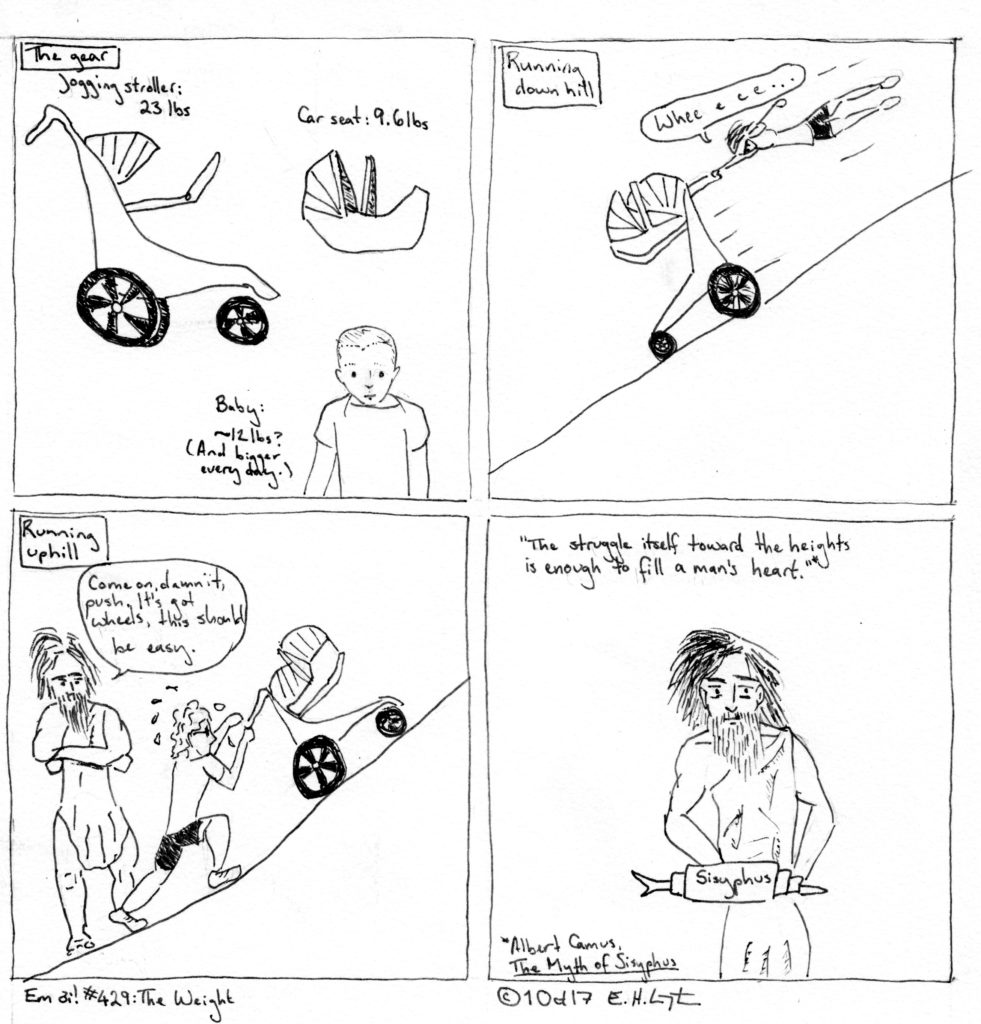 Hey guys, I remembered how to draw. Sort of.

For those who are totally confused by the set up described here, basically the jogging stroller has an attachment that holds the car seat, and the baby rides in that. I didn’t give this much thought before he was born, but the whole thing adds up to quite a bit of weight. I have found I’m getting faster going up hills when I’m not pushing H though. This past Saturday at the Indian Lake trail run, I got up the Hill (you know which one if you’ve been out there) faster than ever before. Of course I ran the rest of the course at a fairly slow pace overall, but I was proud of how many people I passed scrambling up that hill.

Also, babies are hard to draw. I just want to say that. And by the time I master what he looks like now, he’ll look different. 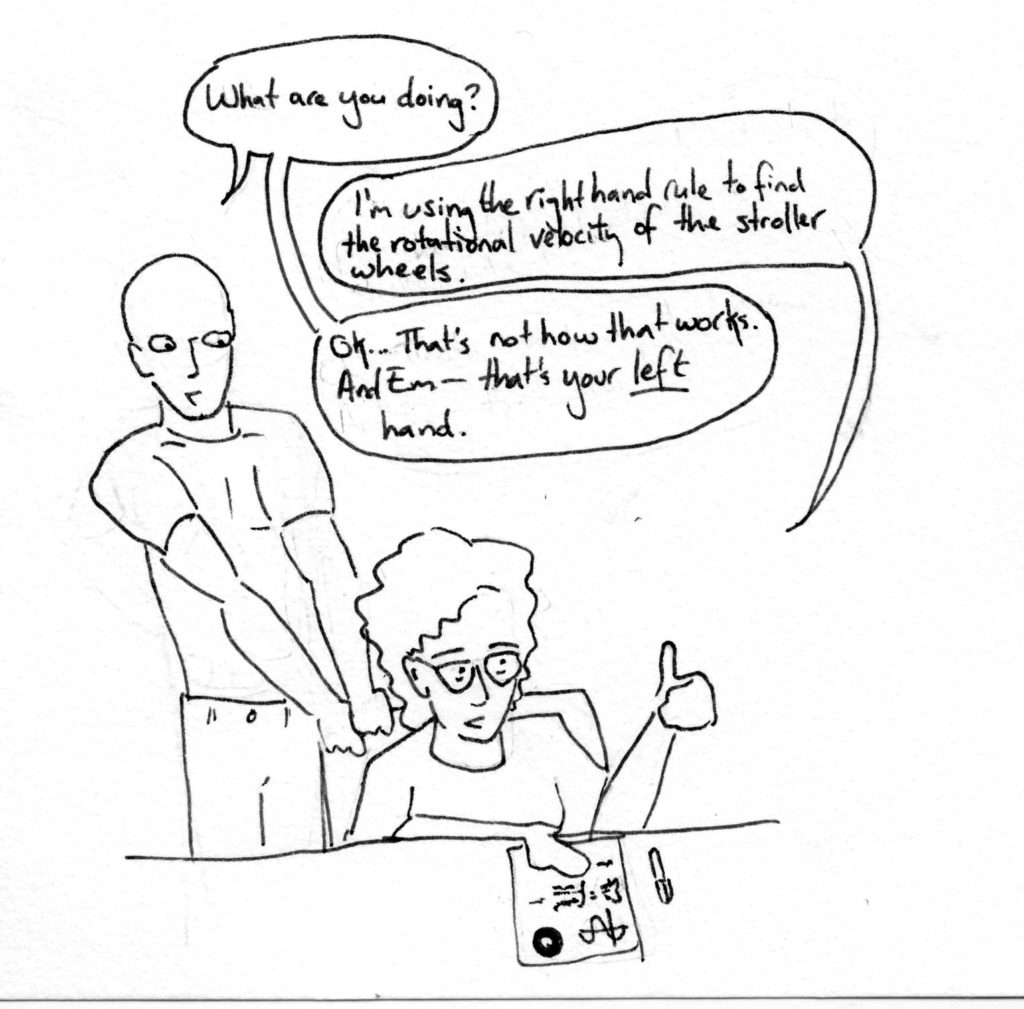 This one is going to have a shorter chat than usual because, well, someone just woke up from his nap I think. In the meantime, we’ll file it under RG801 L86 2017, for Gynecology and obstetrics–Obstetrics–Puerperal state–General works. I admit that this feels like a bit of a cop-out, but while there’s a subject heading that seems relevant (postnatal exercise), there doesn’t seem to be an obvious call number associated with it. There is an obvious call number for prenatal exercise though, which reinforces the idea that once you give birth, you’re not that interesting anymore (medically or otherwise). Seriously, we got sent home from the hospital with only a few lame self-care instructions given that I’d just had what I’m told was major surgery (like “don’t drive for a while.” I asked, “How long is a while?” Nurse: “I don’t know, you need to ask your doctor.” What, really, you don’t know how long after a c-section I should avoid driving? Don’t you do this ALL THE TIME?).

I could rant about that all day, but I won’t. People are idiots, we already knew that. Anyway. Hope you’re all enjoying the nice fall weather. I am. Talk to you all later.

All the photos I took during the race today. I h

And that, children, is where shofars come from.