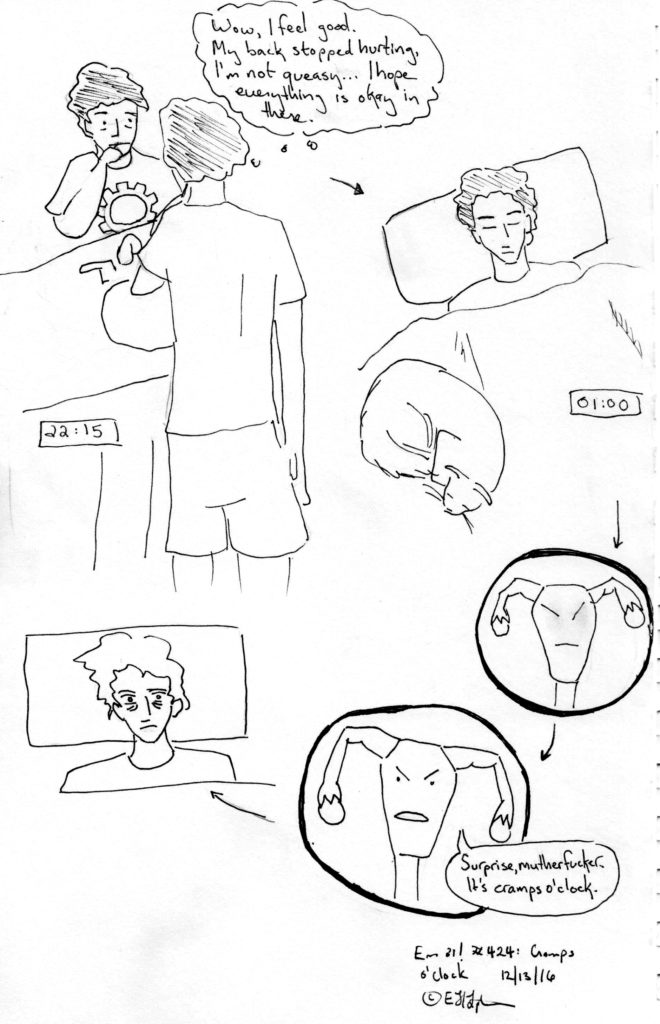 Things everyone knows about pregnancy: there will be voms.
Things I had no idea about: the cramps.

Apparently, it’s not uncommon (and totally normal) to get cramps–pretty severe ones, strong enough to wake me up–during the first trimester. I was unaware. Luckily, that stage lasted only a few days or a week, in my recollection. But really, there’s nothing more disconcerting than being awoken from a sound sleep by pain.

Now that I’m well into the second trimester, all is fine on the cramps front, but my life has not become magically more dignified. For example, yesterday when we were replacing our dryer, I bent down to clean some lint out of the vent pipe and nearly dislocated a rib. It turns out that having my uterus taking up a lot of my torso (and I’m 5′ 3″, so there’s not a ton of space there) has made me a lot less flexible. 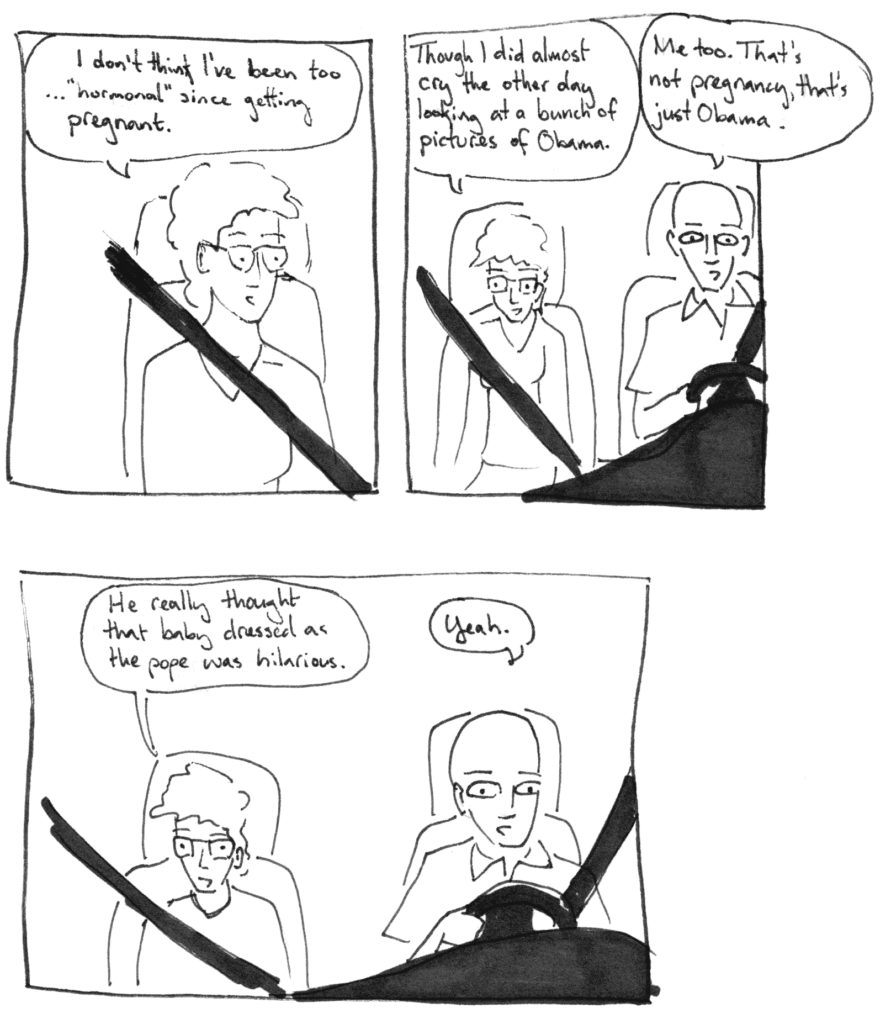 The photo in question:

Regardless of where you stand politically, I think we can all agree that Obama was amazing in so many ways.

Today I walked two miles with the tiny squeaker st

Winter sunset. The only shot I managed before my p